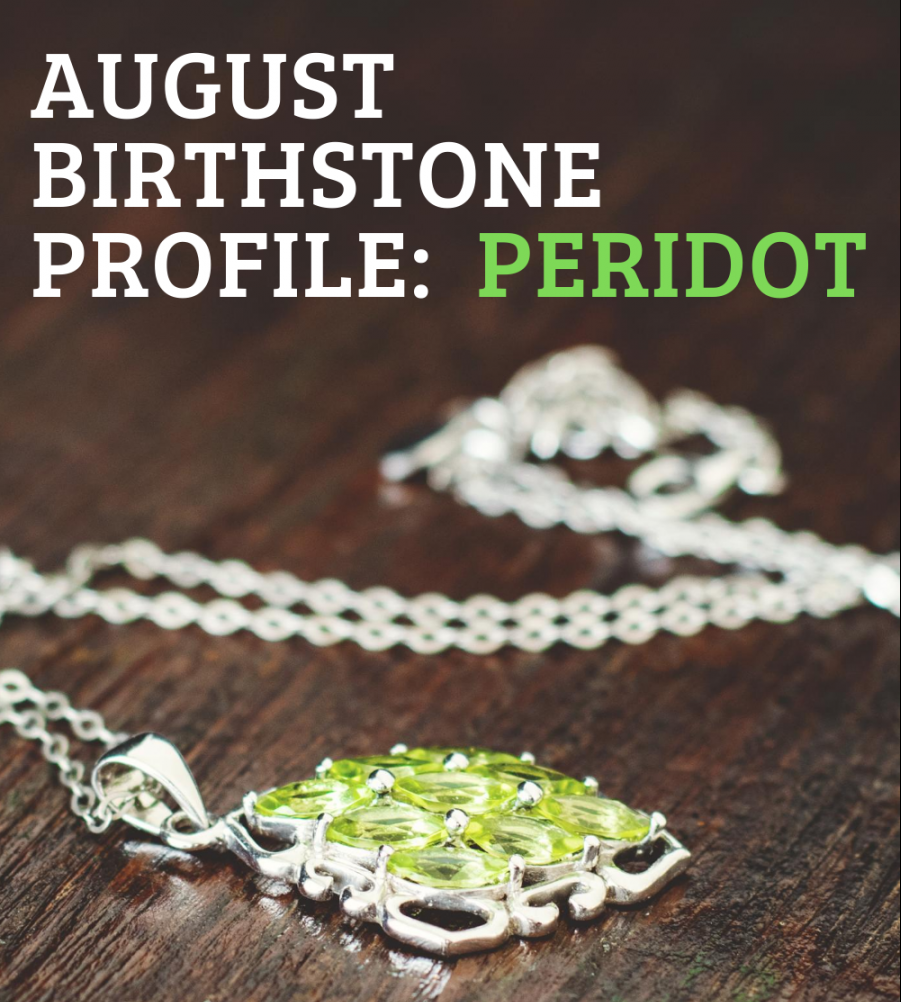 Shining the spotlight on this month’s gemstone, the mighty Peridot. ‘The Green One’- as we call it in the studio. There’s no denying the striking bright beauty of this gemstone. As coloured gems go, the Peridot is one of the most vibrant gemstones. With hues ranging from olive green to the bright lime green’s that are usually the most popular in modern society. You would think this gemstone was unmistakable with its distinctive colouration, yet once long ago it was often confused with emerald or even topaz.

The birthstone of August has been used in jewellery as early as the Ancient Egyptian times, where it was mined from an island on the red sea called Zabargad. It’s even been said that Cleopatra’s vast emerald collection may actually have been Peridot. The gemstone can be found in the furthest of places, including deep within the earth’s mantle- from where it is occasionally brought up by volcanic lava- to meteorites brought to earth from space. Most commonly in the 21st Century it is mined in both the Central Highlands of Vietnam and the Island of Sardinia in Italy.

When to Wear Peridot

Did you know that different light conditions can make your gemstones look different?

For example green gems with a blueish hue tend to look better fluorescent lighting found in many offices. This is because fluorescent light typically gives off a lot of blue and green light which enhances these gem colors. On the other hand yellowish green gems tend to look their most beautiful in incandescent light, like candlelight a normal lamp, or the sun at sunset. This is because the warm yellow and reddish orange emphasises the green tones. So depending on the exact shade of your peridot gemstone you might like to watch it in these different lights and see which emphasises the colour more. We could of course argue that Peridot is the kind of vibrant coloured gemstone that always looks great. But it’s good to know what kinds of light you should definitely be wearing your Peridot jewellery  in (like you needed an excuse right?).

At Willow and Stag we have a great selection of birthstone jewellery available including peridot. Visit our online shop for further details. willowandstag.com/shop .

Bracelets: How to Choose the Correct Size for Your Wrist

The Guide to Rose Gold Jewellery